Sinatra is a framework written in the Ruby language. It’s designed as a simple, but very powerful and flexible way to build web-delivered application without a lot of setup, configuration or effort. Basically it’s quick and easy to get a web service up and running with Sinatra.

It can be used to quickly make anything from your own dynamic site to an API to open up data to other services. You can find out more on the project site: http://sinatrarb.com/

Sinatra is a Gem or library that extends the core functionality of the Ruby programming language and allows you to map incoming web requests to blocks of Ruby code.To do this, it builds on a Rack. Rack is a ‘webserver interface’ that basically allows a structured way of allowing Ruby frameworks to interact with HTTP or Web communications. It helps you handle any HTTP request and the pipeline of activities that you might need to address, such as authentication, caching and more, to deliver a great web-based software experience. 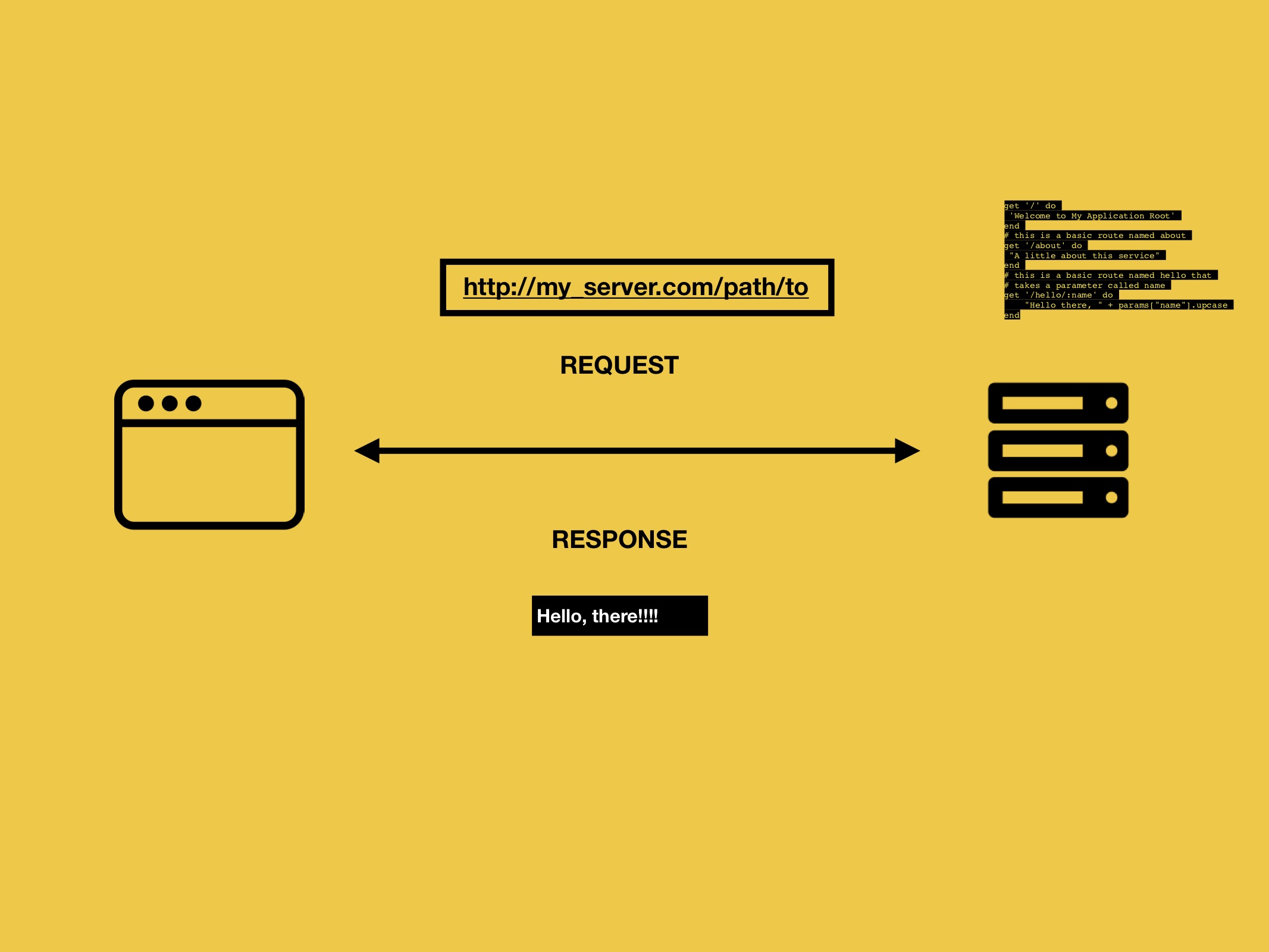 There are lots of other web-application frameworks out there. For example, theres:

All that is to say, is that there are a lot of options out there for you to choose. I recommend Sinatra because:

To illustrate this further, compare Sinatra to a basic Express script (example taken from: http://www.mervine.net/notes/sinatra-vs-express):

Doesn’t Sinatra look much easier to write? It’s clearer, cleaner and simpler to read and understand.

Here’s another reason. In the image below you’ll see the default files included in Sinatra versus Ruby on Rails. Ruby on Rails has a lot more. Because it’s designed to encourage the use of web-development conventions. These conventions mean you have a LOT more to learn and a lot more to setup when you want to work with Ruby on Rails. 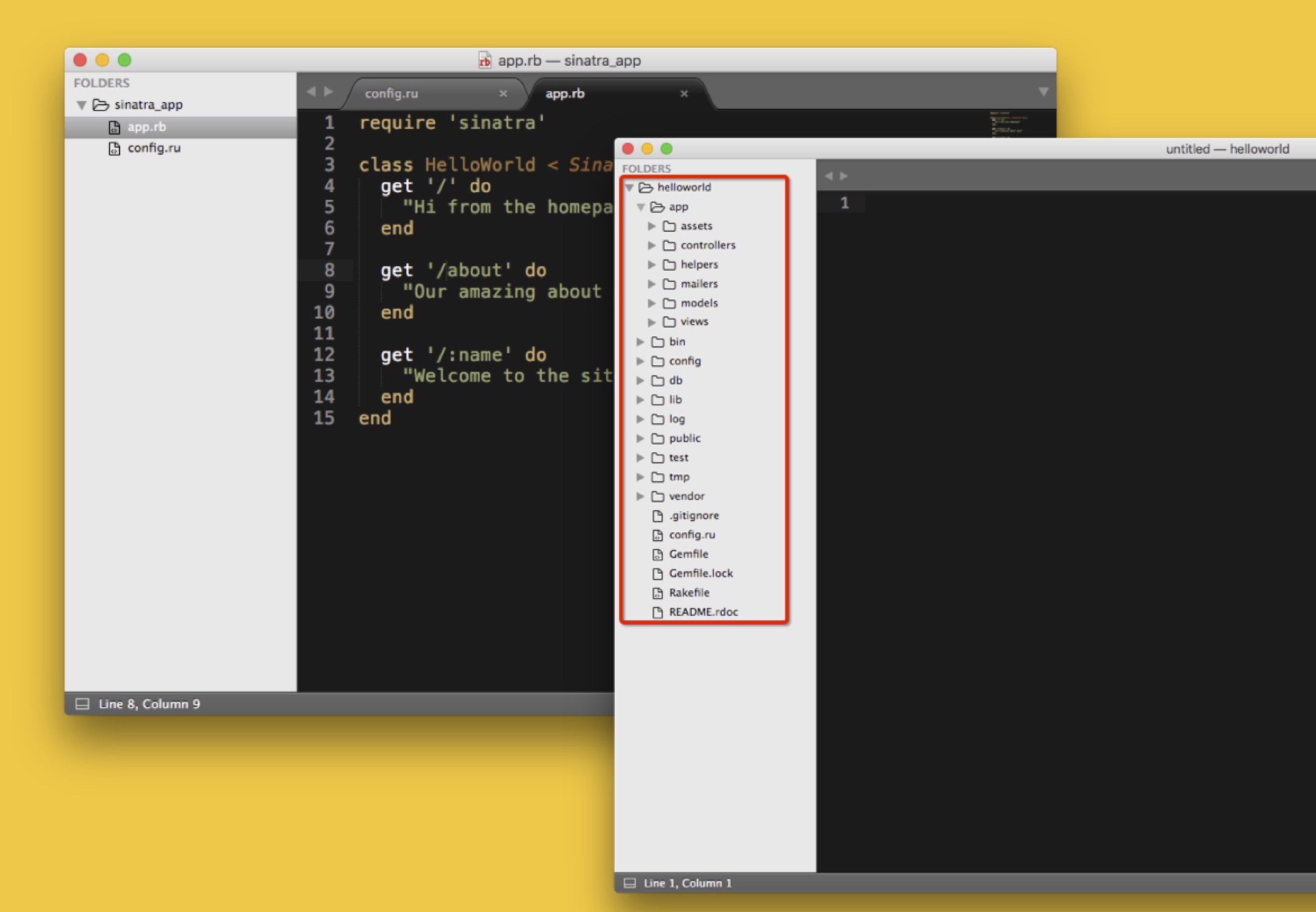